Home » UK Immigration » You are reading »

There are several factors to be considered when applying for a UK Visitor Visa from Thailand. First would be the circumstance of your Thai girlfriend in Thailand, as well as your relationship with each other. Your girlfriend will have a better chance of acquiring the visa if she has a stable job in Thailand, regardless of income, as long as it does not involve drugs, prostitution or any illegal means of livelihood. Aside from this, it would also help her application if she had assets and properties, a savings account and dependents in Thailand.

Assets can be in form of cars, buildings or piece of land, while her parents and children are considered as dependents. These are all considered as ties to Thailand which is the main reason that she’s coming back after visiting the United Kingdom.

When applying for the UK Fiancee Visa for Thai, these are the most important factors that should be considered:

Once the marriage is completed, the visa holder will be granted an extension without the need of leaving the United Kingdom. This process is called the FLR or Further Leave to Remain, which is valid for two years and nine months allowing your Thai wife to seek employment legally and benefit from the UK National Insurance, as well as open bank accounts under her own name. UK Fiancée Visa holders should apply for the marriage visa right after they marry for them to be eligible in the United Kingdom under the Fiancée Visa status.

Both the British spouse and visa applicant have to collect their own document requirements for the visa application. These documents will then be collated together to become a visa application packet to be submitted to the VFS. Talk to a Thai lawyer about your UK Visas. 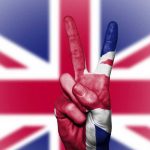 « Marriage in Thailand for Refugee
US Visas »